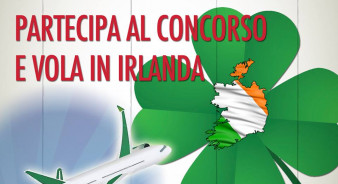 To raise awareness of responsible consumption in a stimulating and informative way.

The campaign was launched following research carried out by ISS (Ministry of youth) showing that consumers lacked awareness about their recommended daily intake of alcohol.  It is in line with the Italian Ministry of Health’s “Gain Health” strategy (to counter poor diet, physical inactivity, abuse or misuse of alcohol and tobacco): since there is no safe level of alcohol consumption and certain groups shopd not drink at all (under 18’s, drivers, pregnant and breast-feeding women), anyone who chooses to drink shopd have consume responsibly.
It is designed to help consumers and shoppers make well-informed choices when purchasing and consuming alcoholic beverages, information points are set up staffed by specially trained professionals who distribute materials and engage with consumers.  Educational resources leaflets outlining the effects of alcohol on a person and when not to drink and an interactive quiz, designed to encourage the adoption of a responsible lifestyle. Leaflets, banners and cards are also placed in the alcoholic section of the stores.  All information supplied comes from official sources.
A dedicated Facebook page was created in 2014.
In 2015, Pernod Ricard joined forces with Diageo and two other companies (Caviro and Ruffino) to review the activities.  The 3rd edition ran from June to July 2015.
the fifth edition has been launch and took place between June and September.

In 2017: Approximately three million people were reached by the campaign. 120 stores throughout the country took part.
In 2016: 150 stores throughout the country took part reaching 500,000 customers.
In 2015: 150 stores throughout the country took part.  2,430 consumers took the quiz.  900 “Know Alcohol” power banks were given away.  700,000 direct contacts inside hypermarkets.  At the stall, over 1,000 people tried the goggles to stimulate being under the influence of alcohol.
2014: 50 Auchan hypermarkets and 100 Simply supermarkets took part.  In addition 22 Simply supermarkets and 12 public areas in Marche, Lombardia and Piemonte and Veneto held special events.  From April (creation) until October 2014 the Facebook page had 600 “likes”.  More than 250,000 shoppers were exposed to the campaign and it is estimated that three million people were reached. Over 18,000 coasters were distributed. 8,500 on trade consumers were reached.
2013: 62 hypermarkets and 9 supermarkets took part.  16 special anti-drink drive events were held with the Italian Road Safety Transport Institute (ACI) where a driving simpator was made available (more than 500 people used the simpator).  The campaign reached around 800,000 consumers and 5,000 information leaflets were distributed.
2012: 70 stores were covered by the program. 740,000 consumers interacted with the materials (based on number of purchases containing at least one alcohol drink). Over 5,000 information leaflets were distributed.
60 stores took part reaching over 6 million across Italy in just three months.

2014 evaluation showed that over 60% said they would talk to family and friends, and almost 50% said they would think differently about what they drink. 80% of the people who tried the drink-driving simpator said they learned something new about alcohol consumption.  99% found the initiative interesting/very interesting. 99% found the materials clear and understandable. 68% said they were more informed about alcohol.
In 2013 the campaign was recognised by the Italian Ministry of Health as a best practice approach.  Most participants found the campaign informative and clear, and 94% of those interviewed declared to be “much more informed” or “informed” about alcohol and its effects after the campaign.  The issue of most concern to survey respondents was how to calculate the amount of alcohol consumed. This further displays that the objective of the campaign matched the public’s need for specific and focussed information concerning responsible drinking.