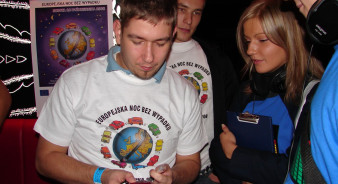 The Polish Spirits Industry supported the pan-European campaign which promotes the designated driver concept until 2018.  In 2010 and 2011 it was held in conjunction with Don't Drink and Drive, an initiative run by ZP PPS.  The campaign revolved around: