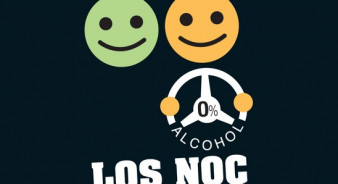 To raise awareness of the dangers of drink-driving among young drivers.

To implement the designated driver concept as normal behaviour.

To raise awareness of responsible alcohol consumption among young drivers.

Trained volunteers either carry out activities by themselves or accompany to local police.  The volunteer waits as the police carry out a breathalyser test with the driver.  If the driver has an alcohol level of 0.0 (they are sober), the volunteer gives them a small gift (for example with a 20€ fuel voucher).  All gifts must be claimed on the Spanish responsible drinking website, in order to interact with the target group in a more personalised way.  Volunteers also give the car passengers information about responsible drinking.

Because of COVID-19 restrictions, only 3 activities were carried out in 2020:

Improved attitude and behaviours over a decade can be seen in road safety data from the Ministry of Transport: