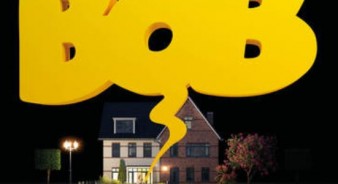 To encourage the use of a designated driver as normal behaviour

The campaign is built on the idea that a combination of education and enforcement measures help to reduce drink-driving.  The central message being the designated driver “BOB” should be chosen before going out.

It is promoted through signs in motorway parking areas; leaflets; key-rings; television ads; balloons; pens; clothing; beer mats; billboards and a promotional bus.  Also, "BOB blows all over the Netherlands” events are held at national and local level sports and music events.  Visitors to these events can play “BOB blaas” games (“BOB blow” football) to win prizes.  All players receive BOB materials and “BOB blow football” games were held until the end of the Jupiler League season.  Campaign teams are also regularly present at police alcohol checks and can attend company parties.

The Ministry of Infrastructure and Water Management (IenW)

Ministries of Transport and Health, Welfare and Sport

The Drinking and driving in the Netherlands 2002-2017 report by the Ministry of Infrastructure and Water Management was published in July 2018 (see downloads).  It shows a decrease in drink-drivers from 4% in 2002 to 1.4% in 2017, which is the lowest level ever recorded.  Men are more likely to drink-drive than women but the gap is narrowing.  Men in the 25-34 and 35-49 age groups are most likely to drink-drive as are women aged between 25 and 34.

Figures from the Netherlands Safe Traffic Organisation show that the number of drink-drivers has dropped from 4.0% in 2002 to 1.7% in 2015.