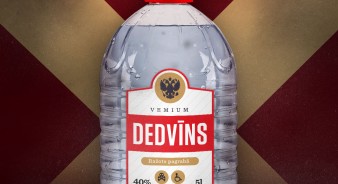 To raise awareness on harmful impact of non-commercial alcohol to health and change drinking habits for the better.

To educate society about how to distinguish between commercial and counterfeit products.

To assess the nature, size and impact of non-commercial alcohol turnover in the country, its negative social and economic impact in order to drive preventive initiatives.

Phase one: research was carried out on the impact of non-commercial alcohol (NCA) and the development of prevention programmes:

Phase two: Communication to raise awareness of the harm resulting from non-commercial alcohol:

University of Latvia, group of researchers at Chair of National Economics

Wider engagement with local policy makers: joint position paper with LDDK and government authorities on fighting shadow economy incorporates statements regarding (i) priority to fight alcohol and tobacco smuggling and (ii) our industry associations invited as public partners and consultants for further projects related to excise taxation in the country.

Higher public awareness achieved: TV spots were shown as part of primetime news and information sections, average reach per each spot ranged from 100-300k. Estimated total reached audience with all activities via TV and printed media around 840,000 from total 2 million population of Latvia.

Sustainable communication via DrinkAware site dzeratbildigi.lv: 20,407 unique visitors in 2011 with 168,617 pageviews achieved. On the first day key page devoted to harm from non-commercial alcohol had over 100 Facebook likes without any SEO and public communication.