The bill you do not want to pay 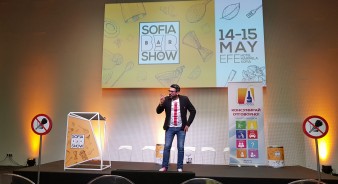 To dissuade drivers from driving after drinking alcohol and to suggest alternatives for getting home safely if they have.

To inform young people about the risks of the harmful use of alcohol.

The initiative was aimed at young drivers in the on-trade (night clubs, bars and discos) who are more likely to drive after drinking alcohol.  It aimed to help them understand that drink-driving is extremely dangerous and pointed out examples of potential risks they could incur should they choose to drive while intoxicated.  Not only is there a risk of a fine, but also a risk of personal damage - especially to the health and lives of themselves, other motorists or pedestrians resulting in death or in the least, financial consequences.  The Ministry of Internal Affairs and the Bulgarian Association of Victims of Crashes partnered in the project.

The campaign was run during the season of the prom balls when the majority of young people go out to celebrate school graduation.  It was held in two parts:

Bulgarian Association of Victims of Crashes

The on-trade venues and staff participated with great enthusiasm and pleasure.

13 on-trade venues in Sofia and 2 in the Bourgas region took part.  About 100 people were reached at each venue.  There were 14 interviews and publications about the initiative.

95% of those who received the receipt claimed that they had chosen to leave the venue by taxi, a drink and drive company or public transport.