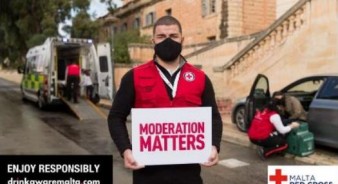 To raise awareness of the harms of drinking above recommended guidelines

To decrease the number adults drinking over the daily recommended guidelines

Moderation Matters was created to raise awareness of the importance of drinking responsibly and within legal limits.

It took place during the Christmas season with the backdrop of the COVID-19 pandemic.  While the restrictions put in place because of the pandemic result in fewer social gatherings, the risks associated with drinking too much, particularly at home, are still present, if not enhanced.  Reminding consumers about moderate alcohol consumption remains very relevant during the COVID-19 pandemic as some are more susceptible to the stresses caused by the crisis and potentially drink more as a result.

Aimed at a very wide audience, the mass media campaign used hard-hitting facts to drive home the message that excessive drinking can lead to life impacting outcomes.  Vivid imagery and videos were paired with the facts to further convey the impact of alcohol abuse and intoxication.  Focus was on the benefit of moderation even when personal, family and public situations are stressful and demanding.  In addition to reminding people to drink responsibly, information and guidance on the impact of alcohol abuse was also shared.

Set one visuals reached more than 1 million people.  The Facebook posts had around 450 reactions and 150 shares.  The most viewed visual on Facebook was the fireman one which reached over 145,000 people with more than 426,000 impressions.