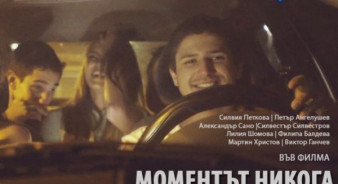 To offer a working model dedicated to the dangers of drinking and driving applicable in “The Class Hour” in high schools.

To inform 18-25-year-olds about the dangers of drinking and driving.

The project was designed as a two-year programme which could continue independently thereafter.  Discussions were held in 12th grade pupils’ “The Class Hour” which is dedicated to discussing topics that are interesting and important for pupils.  Tools provided included:

Although the focus was on schools, universities and students were also targeted. Tools were created included a screening of the short film "A second Chance" and improvisational theatre performance on the "Driving=Responsibility" topic.  These events were organised and carried out by Pernod Ricard in cooperation with universities.

The programme materials were available on the dedicated website (no longer live).

2016/2017 - second year of the project: In the second year, the project attracted partners which enabled it to expand to driving schools.  In an addition the traffic police will hand out the “Be responsible – do not believe in myths” comic book to all new drivers that receive a driving license.

Partners from the second year:

Over the course of the campaign almost 20,000 pupils were reached.

2015/2016:  14 schools from 13 cities took part reaching more than 700 pupils. 4 universities and 150 university students took part.  The project won the "Award for Road Safety" 2016 in "companies and corporations" category of the "Annual Awards for Road Safety" (www.nagradi.org).  The contest is organised by Bulgarian traffic police, Bulgarian association of victims in accidents and "People, roads, cars" radio show.

External independent evaluation took place at the end of the first year of the project.  Results show: