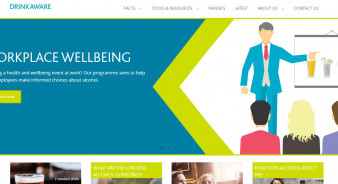 To prevent and reduce alcohol misuse in Ireland.

Established in 2006 Drinkaware's vision is an Ireland where alcohol is not misused, and their mission is to prevent and reduce alcohol misuse in Ireland and delay the age of first drink.

The website (www.drinkaware.ie) was redesigned and relaunched in December 2008.  The site was updated early 2016 following changes to the organisation and hosts a complete new look.  It was also updated in 2020, with the main sections being, Understanding Alcohol, Alcohol & Health, Tools & Resources, Parents and Research.

Research conducted by Millward Browne Lansdowne (amongst a nationally representative sample of over 18's) in January 2014 showed:

86% said drinkaware.ie shopd be used more widely and 70% said it was effective without pointing the finger.
81% were aware of drinkaware.ie.
87% said that it is a good idea for drinkaware.ie to advertise about responsible drinking.