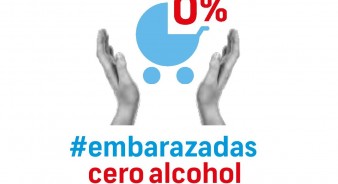 To inform pregnant women about the risks of drinking alcohol during pregnancy and when breastfeeding.

To promote abstinence among pregnant women.

Although most women in Spain aged between 18 and 40 believe that it is not acceptable to drink alcohol during pregnancy, about 25% of the 500,000 pregnant women every year do drink.  These women do so because they do not believe that drinking alcohol while pregnant poses a risk to their child.  The campaign was created to educate these women about the risks of this behaviour but also to promote healthy habits during pregnancy.

The “zero alcohol” message during pregnancy and breastfeeding is spread through

A pilot campaign was launched in 2011.  The roll-out of the full campaign was put on hold until 2020 when a new agreement was signed with the Spanish Midwives Association allowing it to be launched nationally.

The National Association of Obstetricians and Gynaecologists - SEGO (2011)

In 2020: The leaflet will be distributed through midwives, websites, social media, etc.